The Causes and Effects of Air Pollution 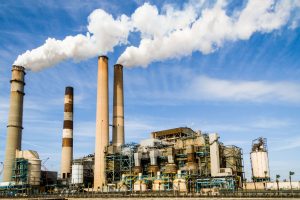 Air Pollution is one of the most serious environmental problems in our era. The World Health Organization (WHO) statistics said that there are 4.6 million people deaths in the world each year because of air pollution.

Air pollution is not detrimental to creature lives only, but also to our environment. If air pollution continues, soon about approximately 3.6 million premature deaths per year by 2050 because of air pollution.

Here are the causes and how bad the impact of air pollution on our environment is.

Vehicles are one of the main reasons for air pollution.  Vehicles produce a large amount of carbon monoxide, and the polluting particles emitted, causes an immense amount of pollution.

Exhaust from Industrial Plants and Factories.

Factories have a lot of machinery inside buildings and on industrial plants. This machinery can emit pollutants to the air.

Agricultural activities are one of the main causes of air pollution. Because the Insecticides, pesticides, and fertilizers used in agriculture activities emit harmful chemicals into the air. It might cause water pollution as well.

Cooking and heating with fuels produce high levels of household air pollution which includes a wide range of health-damaging pollutants such as fine particles and carbon monoxide.

Volcanic eruptions, dust storms, and another natural phenomena also cause problems. Sand and dust storms are particularly concerning. Fine particles of dust can travel thousands of miles on the back of these storms, which may also carry pathogens and harmful substances, causing acute and chronic respiratory problems.

The Effects of Air Pollution

Global warming is an environmental phenomenon caused by natural and anthropogenic air pollution. It is causing rising air and ocean temperatures around the world. This temperature rise is partially caused by an increase in the number of greenhouse gases in the atmosphere. Greenhouse gases trap heat energy in the Earth’s atmosphere.

Air Pollution is known as causing respiratory diseases and heart conditions as Cancer diseases do. The World Health Organization estimates that 4.6 million people die each year from causes directly attributable to air pollution.

The animals face the same devastating effects of air pollution as humans. The toxic pollutants deposit over the surface of the water that can also affect sea animals.

Acid Rain can be created by sulfur dioxide and nitrogen oxide particles in the air and they mix with water and oxygen in the atmosphere. It then scatters on the ground, disguised as normal rainfall. 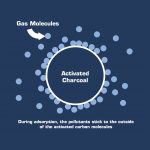 Activated Carbon as Filters in Many Applications

We have seen so many marketing activities promoting any kind of device using carbon filters in air purifiers, water filters and many more. But, do you really know what a carbon filter is? Read more to get information about carbon filters. 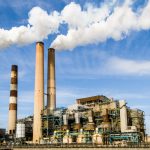 The Causes and Effects of Air Pollution

Not all people are aware of how bad air pollution really is. We can however establish that air pollution is causing the deaths of 4.6 million people worldwide each year based on statistics from the World Health Organization (WHO). 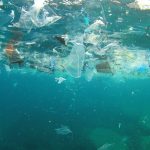 Pollution in our oceans have huge impact in the declining water quality and making it poisonous to humans or other living beings. As water is one of the biggest natural resources, we have for both people and the environment, we should do all in our power to protect it. Here you can learn more about water pollution and what you can do to prevent it. 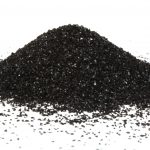 Activated Carbon is also known as Activated Charcoal and is used to purify liquids and gases in a variety of applications. Activated carbon is produced from carbonaceous source materials such as coconuts, nutshells, coal, peal and wood.

Any cookies that may not be particularly necessary for the website to function and is used specifically to collect user personal data via analytics, ads, other embedded contents are termed as non-necessary cookies. It is mandatory to procure user consent prior to running these cookies on your website.